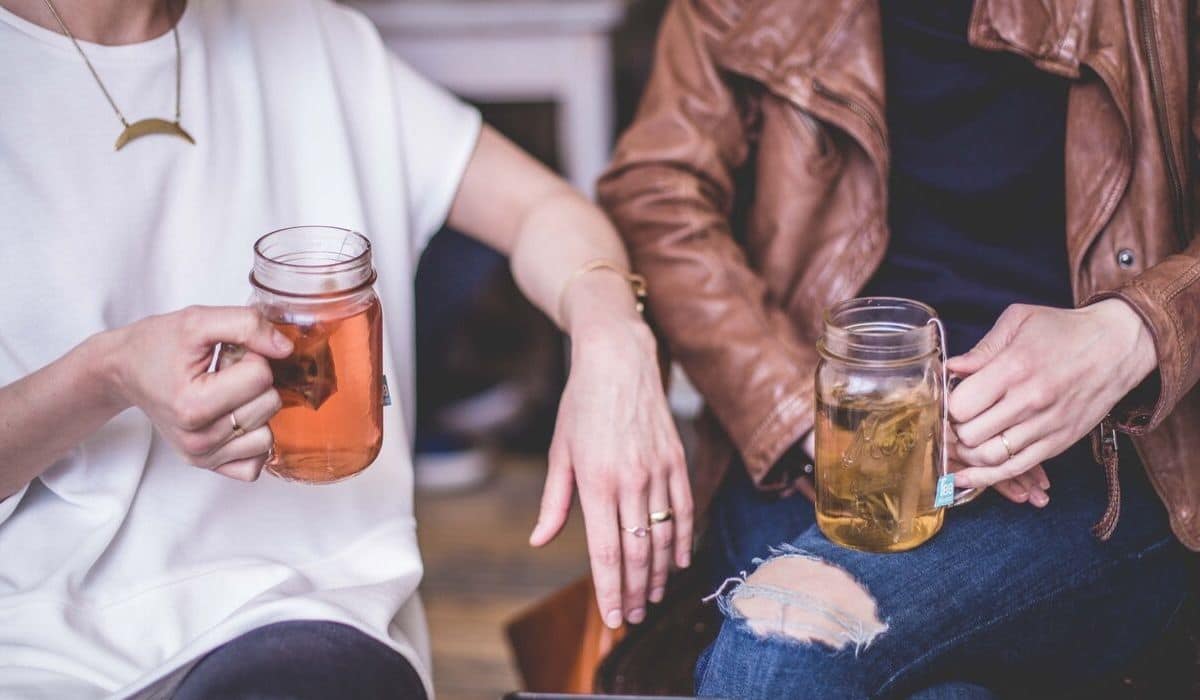 Improve Your Communication Skills By Using This Word More Often

You’re smart! You understand the importance of good communication skills.

After all, unless we plan to retreat to a cave in the mountains and commit to a life of complete solitude, we’re going to have to learn how to communicate with others.

I’ve been working in human resources for several years now. My role is one that requires a lot of communication with people in various levels of the organization from front-line staff to senior management.

I’ve also been in a committed relationship for the past 12 years with a man who, like myself, have never been in a serious romantic relationship before.

These experiences have given me plenty of opportunities to make communication blunders and learn from my mistakes. I was also able to gain insight on a few key strategies that will improve communication skills drastically.

And today, I’m going to share a simple but critical strategy with you.

And it’s all about one word: because.

The Power of “Because”

The word “because” has been shown to be an extremely persuasive word.

In a famous Harvard study, researchers found that just by using the word “because” in a request without even a valid reason improved compliance from 60% to more than 90%.

Since this iconic study in the 70’s, marketers and salesmen have been tapping into the power of “because” in advertisements and sales pitches everywhere. Just think, how many times have you heard the phrase “because you’re…” in a commercial?

But I’m not here to tell you how to convince people to buy something from you with the word “because”. I’m more interested in how we can tap into the power of “because” to help us nurture our relationships.

In my view, the word “because” can do a lot more than just sell an idea, a product, or service. I believe it builds the foundation for a deeper level of understanding by paving the way for important messages that convey our intentions and reveal our vulnerabilities.

And both are key elements that help us develop deeper, more meaningful relationships.

Using the Word “Because” to Convey Our Intentions

Why is it so important to convey our intention? Because that’s what often gets lost in our communication and leads to misunderstandings.

Let me give you a real-life example to illustrate my point.

A co-worker came to me one day because she was concerned that I had stopped asking her to help out with a project. It was a minor project with somewhat tedious tasks that didn’t fall within her umbrella of duties and a part of me had felt bad about giving her more work on the side.

Seeing that she was getting into a busy period in her own department, I simply told her that I would continue the project on my own and thought she would be relieved. But what I thought was a nice gesture turned out to have a totally unexpected effect.

So there she was in my office with a puzzled look on her face.

“Is there something wrong?” She asked, “did you stop asking me for help because of something I did?”

“No, not at all!” I exclaimed with a look of surprise.

Where did she get that idea? I thought, a little perplexed and frankly, mortified.  I was beginning to sense that tension was brewing between us.

I quickly explained to her the reason why I didn’t need her help anymore and reassured her that my intention was purely focused on easing her workload.

In the end, she walked away happy and I was relieved that we were able to resolve what could have been an unpleasant misunderstanding. Phew!

So where did I go wrong in my communication? As I reflected on this “near-miss” afterward, I began to realize where I had veered off track— I had assumed that it was clear to her the reason why I wasn’t asking her for help anymore when it wasn’t clear to her at all.

She’s obviously busy and surely would see that I’m trying to help by removing tasks from her plate.  I had thought. The intention of my action is as clear as day, right?

Oh, how wrong I was!

Thank goodness that instead of guessing and ruminating, this co-worker came to me and I was able to clarify my intentions to her and prevent a conflict before it occurred.

Had she not approached me, I would have continued to think that she was grateful for the tasks being taken away while she secretly wondered if I had an issue with her work!

Conflicts often occur when we do not communicate our intentions. The words we say and the actions we take form just the tip of the iceberg while our intentions are largely hidden beneath the surface.

How can we expect people to see our intentions the way we see them? They don’t live inside our mind!

If we take a bit more time and make a little more effort to communicate our intentions with the word “because”, we can reduce a lot of misunderstandings at work, in the classroom, or at home. 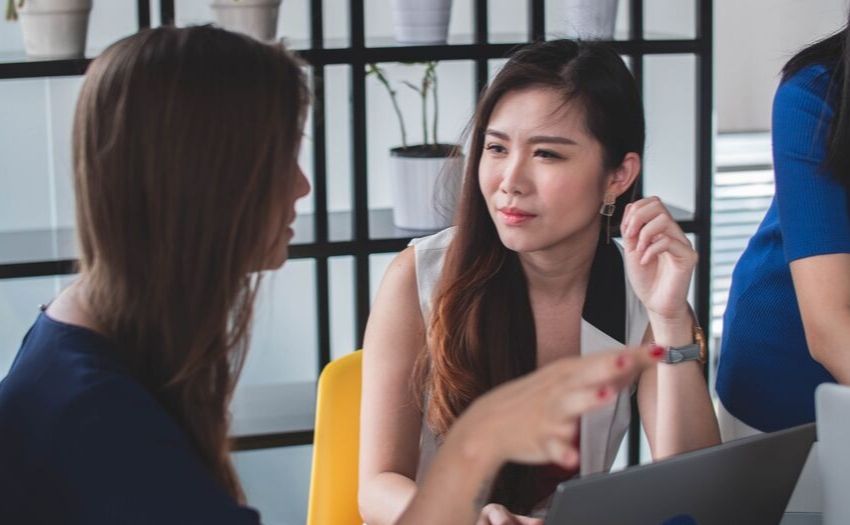 Using the Word “Because” to Reveal Our Vulnerabilities

Being able to reveal our vulnerabilities is a crucial part of building a meaningful relationship with anyone, whether they’re a friend, a family member, or our significant other. It allows us to show our most authentic self to the other person and creates a whole new level of connectedness.

If we never show our vulnerabilities to the other person, we can never truly show them our world.

I had an issue with showing my vulnerabilities up until my early twenties. Having had grown up in a broken home filled with tension that often boiled over into violence, I was guarded and terrified of getting hurt.

I thought if I revealed too much of myself to people I would appear “weak” and give them the arsenal to hurt me one day. But the downside to protecting myself too well was that I never felt really connected with anyone, not even with those I regarded as my “best friends”.

The other side effect of hiding my vulnerabilities was that I also had a hard time communicating my emotions or needs. This was a major roadblock in my relationship with my husband during the first few years of our dating.

If I wanted something—for example—him spending time with me instead of playing video games, I would beat around the bush or hint at it hoping that he would be able to “guess”. If I didn’t get what I wanted, I’d pretend it didn’t matter to me anyways but secretly hold resentment. If I was angry or upset about something, I would keep it bottled up until I couldn’t keep it in anymore and I would explode like fireworks.

I’m not proud of this but I once broke a perfectly good umbrella by smashing it into a tree and another time I threw a ceramic bowl on the ground and shattered it to pieces. And even when I did release these negative emotions, I couldn’t say why I was feeling those feelings.

I couldn’t say words like “I’m angry because I’m hurt” or “I’m upset because I feel lonely”. So instead, I said a lot of hurtful things that were meant to inflict as much pain to the other person as the pain I felt inside.

It got so bad to the point I decided that I needed to see a therapist. It was one of the best decisions I made.

She taught me how to effectively communicate what I’m really feeling and why I’m feeling those emotions with an emphasis on “I” instead of “you”. I started to feel more comfortable revealing my vulnerablities using the word “because”.

You see the difference?

I also learned how to communicate my needs directly. Instead of hoping that my husband will guess my needs or wishes, I now tell him clearly and directly.

It took a lot of courage for me to change the way I communicated my needs and emotions. This approach required me to be up front as to what emotions I was feeling the moment I felt them, and reveal the underlying cause of these emotions truthfully to both myself and to the other person.

I took a leap of faith in believing I could show my deepest vulnerabilities and the other person would come closer with reassurance instead of backing away or dealing a harsher blow. And my leap of faith paid off.

Once I started showing my vulnerabilities and being honest and direct about my feelings and needs, my relationship improved tremendously.

I talked about a few examples of who these people might be in my blog post “7 Types of Friends to Avoid for a Happier Life”. But if you are with someone who makes you feel warm, positive, and safe in your day-to-day life, don’t be afraid to show them your most authentic self and voice your needs in the clearest and most direct (but respectful) way.

Nobody has the time and energy to guess what you’re feeling and your wishes all the time. So tell them, show them, and make them understand with the word “because”.

If you feel awkward, uncomfortable, or downright scared like the feeling you get just before you jump off a diving board, just remember this: if the person truly deserves you, they will not let you drown.

And once you take that leap, you’ll find that you’re closer to them than ever before. 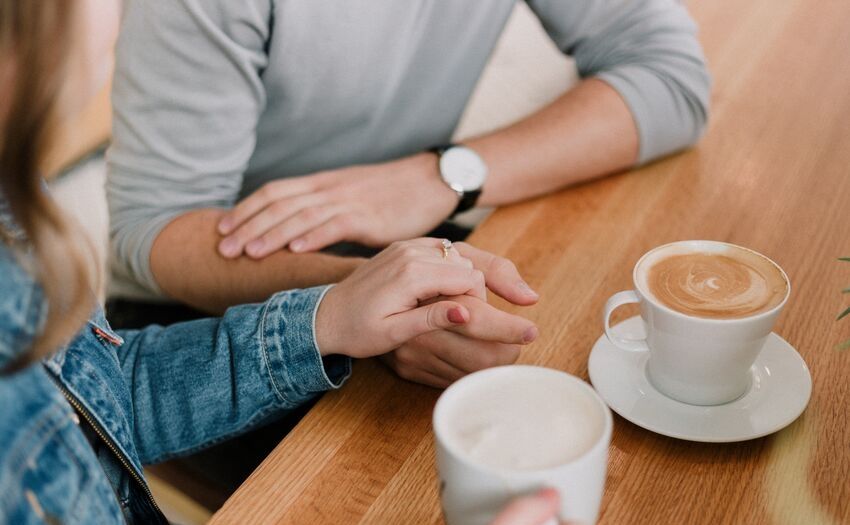 How to Use the Word “Because” to Improve Your Communication Skills

Before I end this article, I want to leave you with some simple tips on how you can use the word “because” to improve your communication skills instantly and enrich your relationships:

And there you have it! The one word we all need to know and practice more often for better communication skills.

Watch Out for These 3 Phrases in Your Vocabulary. They’re Killing Your Happiness

10 Ways to Say “I Love You” Without Actually Saying It

How to Let Go of Anger 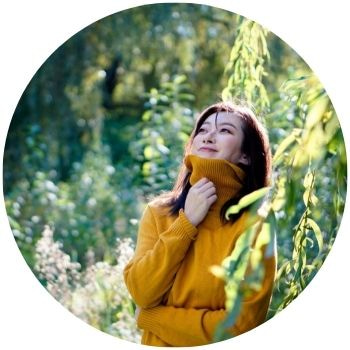